Jamaica has recorded 19 new COVID-19 recoveries and one new confirmed positive in the last 24 hours. This gives the island a 68% recovery rate, as the total number of persons released from care moves to 404 and the number of confirmed cases to 596.

The new confirmed case is a 41-year-old male of a St. Catherine address, who is a contact of a confirmed case. The case brings to 218 the number of cases classified as contacts of confirmed cases.

In addition, Jamaica now has 96 imported cases; 27 local transmission cases not epidemiologically linked; 235 cases linked to a workplace cluster; and 20 under investigation. 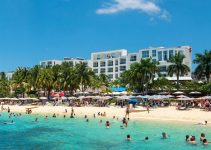