The Ministry of Health and Wellness on the weekend received a donation of 10,000 test kits from the Government of the Argentine Republic.

Ambassador Pandiani stated: “I am thrilled to finally receive the donation from the Government of Argentina to Barbados because this virus can be very strong but the friendship between our two countries is even stronger. Since Barbados is reopening the island to tourism, these tests will be very useful in the recovery of its economy.”

Ms. Beckles expressed the appreciation of the Ministry for the donation, which she said would greatly assist the public health laboratory in responding to the demand for testing in Barbados. She agreed with Ambassador Pandiani that as the country continued to expand the reopening of its borders, testing kits will be vital in the fight against the COVID-19 pandemic. 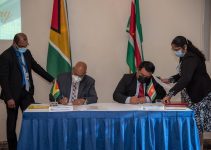 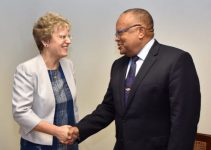