Say what?! The Caribbean Globe understands that Olympian and Jamaica’s sprinting star Asafa Powell was hauled before the courts on Thursday by his baby mama and she is requesting $40,000 per month   for their seven-year-old daughter Avani Powell’s welfare.

From the information we gleaned from the Jamaican media, the child’s mother Amita Persaud Webb had an earlier ‘informal’ agreement with him where he was supposed to pay $25,000 per month. He was honouring it until early this year when he stopped.

She took him to family court, upping the money now and in response the sub 10 king requested a paternity test! After all if you gonna pay all that money per month, you would want to be absolutely certain, right?!
The Caribbean Globe will sure to keep you informed on the outcome as the result should be ready in time for their next court appearance. 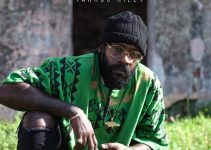