For the past five years during the month of October, the façade of the airport has been lit in pink, the colour synonymous with breast cancer awareness.

At the start of the event, staff from various agencies at the airport formed a human pink ribbon to commemorate Breast Cancer Awareness Month.

Layne said GAIA Inc. was committed to the aggressive and vigorous fight against breast cancer, the disease which remains the most common cause of death by cancer amongst women in Barbados.

He presented a donation of $1,000 to Vice-President of the Barbados Cancer Society, Dr. Shirley Jhagroo. The funds were raised through Play for Charities, where travellers in the Departure Lounge at the airport make cash donations to play a piano. The money raised is given to different charities.

On accepting the donation, Dr. Jhagroo said the funds will go towards purchasing equipment for the Breast Screening Programme, which is committed to reducing the number of premature deaths caused by this disease through early detection.

“We remain committed in our efforts as an NGO to ensure that whatever is possible is being done for early diagnosis and subsequently saving of lives, as patients diagnosed in stages zero to one have almost a 99 per cent five-year survival compared with stage four of breast cancer.

“…. We started with basic equipment, and today what we have at the Breast Screening Programme is a one-stop breast early detection clinic, which is much the same as what you would find in first world countries. So, your funds continue to support the purchase of state-of-the-art equipment. …. We still do not know the cause of breast cancer, we still do not have the exact treatment, we do not have the cure, but our vision at this point is to save as many lives as we can by early detection,” she emphasized.

The clinic, which is run by highly trained staff, offers clinical breast examination, mammograms, breast ultrasounds, mammogram and ultrasound diagnostic biopsies and excisional biopsies and is able to generate reports within 24 to 48 hours.

It is outfitted with a 3D Ultra Sound machine and 2D Mammogram machine but Dr. Jhagroo said there is hope to purchase a 3D Mammogram machine. She added that as of June 2019, over 107,000 persons benefited from the clinic. 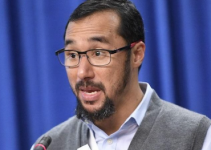