Barbados is appalled at the unjust and disproportionate treatment meted out to two of the smallest countries in the world, namely Anguilla and Barbados, by the European Union in the official listing of Barbados and Anguilla as non-cooperative jurisdictions for tax purposes. This listing relates to the historic period from July 2015 to June 2018 under a previous administration.

Barbados is being penalized for being ‘Partially Compliant’ in only three of the ten ‘essential elements’ of the OECD’s standard.

These three areas of partial compliance include availability of ownership and identity information as well as accounting information, and the quality and timeliness of its responses to requests from overseas tax authorities for tax information on Barbados resident taxpayers. It is important to note that the Global Forum rated Barbados as compliant in the remaining seven of its essential elements.

The EU’s action is even more reprehensible when it is recognized that the matters that largely led to this listing have been remedied in the last 20 months.

The Government of Barbados since assuming office

has amended over 14 pieces of legislation;

ensured that requests for Exchange of Information from other jurisdictions are appropriately answered in accordance with the law;

conducted audits and reviews of the Corporate and Trust Service Providers; and has ensured that up to date and relevant beneficial ownership information is properly maintained and accessible by the authorities.

The EU, has therefore, chosen to ignore all the work that has been done by the Government of Barbados to correct the deficiencies in 2015 to 2018 period. Furthermore, the Report released by the EU today insinuates in its report that Barbados still has work to do, relative to its legal framework.

This is untrue, when by its own written admission, the EU has recognized the tremendous work and results that this Government has achieved and that they, the EU and the Global Forum, are at this stage more concerned with how effective we are in administering our legislative and administrative changes, rather than requiring the passage of new legislation.

Hence, all that is outstanding is the passage of time and their trust of our jurisdiction. Simply put, the country is being punished today with the imposition of enhanced due diligence measures on our financial sector to see if we will do what we say we will do.

In normal times, this might be regarded as bullying at worst and at best, actions to preserve the competitiveness of the EU.

However, in the middle of this Global Pandemic of COVID-19 where Barbados’ GDP is likely to contract by more than 15 % GDP, it is simply an unconscionable act and a crime against the people of two of the smallest and most vulnerable nations of the world from one of the largest block of countries globally.

No one can claim to be ignorant of what COVID-19 is wreaking. The question is “Does it matter to Europe how this listing will further affect the nations listed?”

The listing at this time makes this action the poster-child of disproportionate and unfair behaviour. We must not forget that lack of proportionality is a breach of the European Convention of Human Rights.

Further, there is a failure on the part of the EU to hold to account countries whose tax systems can easily be described as discriminatory, like Delaware in the USA, and Switzerland and Monaco in Europe.

In addition, independent studies have shown that a number of EU countries are failing to enforce beneficial ownership information requirements as competently as Barbados and other Caribbean countries.

The Barbados Government, through its Ministry of International Business and Industry will be filing a request for a Supplementary Review from the Global Forum on the grounds that the deficiencies identified in its report have already been addressed through the passage of time. Barbados has and continues to demonstrate efficiency.

This is because Barbados has always been a country that has maintained the highest international standards. However, it is regrettable that it has been made clear that, irrespective of the outcome of Barbados’ request for a Supplementary Review, the new ranking will remain until the next meeting of EU’s Council, in February 2021. 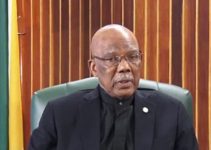 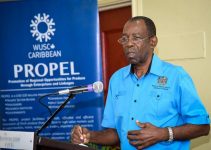