Barbados has been lauded for the control it maintained in the management, control and prevention of the spread of COVID-19.

The praise came from Ambassador of the People’s Republic of China, Yan Xiusheng, during a courtesy call with Minister of Home Affairs, Information and Public Affairs, Wilfred Abrahams, at his Wildey, St. Michael office, today.

The Ambassador was accompanied by Director of the Political Section, Gao Jin, and Attaché, Xin Wong. Permanent Secretary in the Ministry, Deborah Payne, attended the courtesy call.

Minister Abrahams noted that China has always been a “willing partner” to assist Barbados and can now be considered a “traditional partner”. He noted that China had made a mark in the Caribbean with its movies, which sparked an interest in its culture.

“For most Caribbean people that was the introduction of Chinese culture, but we have come to learn of China as a business partner, a friend in need, and as a protector,” Mr. Abrahams said.

He added that he also looked forward to the development of mutually beneficial relations.

The Chinese Ambassador said that Barbados and China had signalled their solidarity in cooperating in the fight against the COVID-19 pandemic.

He noted that China had provided expert advice to the island in the management of the virus and personal protective equipment for essential workers on the frontline.

These, he said, included the ongoing South Coast Sewage Project, the construction of the Wildey Gymnasium and the Lloyd Erskine Sandiford Centre.

However, he noted that the relationship was not only about providing financial support, but about building friendships. “We are happy to see the significant development of relations between Barbados and China that exceeds the financial and have gone into friendship. And, we look forward to more partnerships in the future,” he said. 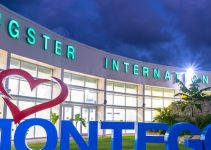 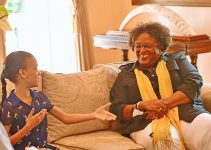 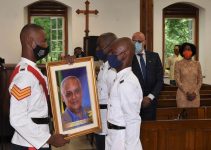