Class Four students at all but one of the island’s primary schools made a smooth return to the classroom today, after weeks of online learning.

Chief Education Officer, Joy Adamson, said she was pleased with the turnout of students this morning, as well as with the level of preparation at the schools, which had all of the recommended protocols in place.

Students returned to a very different-looking school environment which entailed having their temperatures taken and hands sanitized on arrival.

The school day for the next four weeks will run from 9:00 a.m. until 12:30 p.m., with a break and a packed lunch prepared by the School Meals Department.

“I would’ve visited four schools and I am pleased with what I am seeing; in terms of the signage; in terms of the markings for the six feet distancing; the arrangement for the classrooms; students all on time with their masks on; teachers on time … the ancillary staff working. I am very happy with what I have seen so far at the schools I have visited,” the Acting Chief Education Officer stated.

She, however, added that the Class Fours at the Vauxhall Primary School did not join their peers across the island in reintegrating back to the physical classroom this morning.

“All but one, which is the Vauxhall Primary School, were ready for today’s reopening. I just came from Vauxhall and they are ready, so those students should be coming in from tomorrow, Tuesday, June 16,” Mrs. Adamson explained.

She noted that she had not received any adverse reports from officers out in the field this morning and she expected to have a report from all schools by the end of the day.

“But, generally, students seem ready. Some are a little hesitant; some are glad, but that is expected. As somebody said earlier, they will adapt very quickly,” the Acting Chief Education Officer stated.

Regarding the Barbados Secondary Schools’ Entrance Examination, which will take place on Tuesday, July 14, Mrs. Adamson added that the Ministry of Education, Technological and Vocational Training would be issuing more information on the format, location, and how it would be instituted by the end of this week.

She emphasized that any decisions made would follow health guidelines. She said that the start date of the new school term in September would be announced after consultations between the Ministry and its stakeholders. 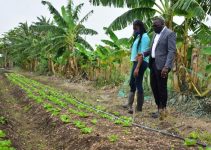 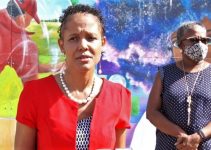