Communities have a critical role to play in shaping, building and developing the future of young people in Barbados.

Sutherland stressed that events such as the 5K run, walk and ride are “critical to fostering good community spirit” and emphasised that through strong community spirit, most of the issues youth face could be solved.

He stated: “As we seek to build-out communities and address social issues, we have to have a very strong community spirit and focus on building those value systems among our young people, and who better than the elder persons, statesmen and women within our communities.”

The Minister pointed out that in order for youth to be well rounded and to become good global citizens, they need a strong foundation which has its basis in learning good values and morals from those within their communities.

He challenged older folks in the community to help foster community spirit, and to seek to develop young minds in a holistic way.

Using himself as an example, Minister Sutherland stated: “My value system was shaped not only at the Lodge School, but by the strong values, the ties and the links that were fostered in that Ellerton community…and we had sporting activities such as cricket, football, runs, walks and boxing.

“And I see the young men that grew up during my era in the 60s and before, they are true community-minded people and they have a value system that is beyond question as to what we as true Barbadians stand for.”

He pointed out that through the use of community centres, the Ministry would seek to empower communities.

Sutherland stated that plans were in place to have community centres open every day, where activities such as the 5K races could be coordinated, as well as programmes that teach life-long skills and value systems. 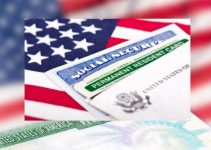