The COVID-19 pandemic did not significantly impact the performance of the 3, 381 students who sat this year’s Barbados Secondary Schools’ Entrance Examination (BSSEE).

This assessment came from Minister of Education, Technological and Vocational Training, Santia Bradshaw, as she delivered the results of the BSSEE, also known as the Common Entrance Exam, during a press briefing at the Ministry of Education, this morning.

The Education Minister said that overall, when the performances in Mathematics and English were compared over a three-year period, there were no significant differences in students’ performances.

“The results are not much different from the results from previous years. We haven’t seen a drastic difference in numbers, so I don’t know that we can say there has been a significant difference in the scores of students [as a result of COVID-19],” Ms. Bradshaw underscored.

One public and one private school shared the spotlight for the top boy and girl on the island – Hilda Skeene Primary School and St. Gabriel’s School, respectively.

This year’s top boy, Kellon Micah Francois of the Hilda Skeene Primary School, will be headed to Queen’s College come September. He scored 100 in Mathematics – a perfect score, and 98 in English, with a B in the Composition.

The top girl is Adanya Ayobami Leon-Barker of the St. Gabriel’s School. She also scored 100 in Mathematics, and 99 in English, with an A in the Composition. She will be attending Harrison College when the new school year begins.

Bradshaw noted that there was a decline in the students’ overall performance in Mathematics in a number of public schools, which usually perform above the national mean.

The overall national mean in English for 2020 is 69.25. This represents an increase by 3.51 when compared to the national mean of 65.74 in 2019. Ms. Bradshaw lauded the work put in by students and teachers for the exam.

“The Class Four teachers must be commended for their diligence and hard work. Parents, you too, must be commended for your patience, understanding and support in the preparation of these students, especially during the four-week reopening for face to face teaching .… When all is considered, the teachers, students and parents did a remarkable job,” she emphasised. 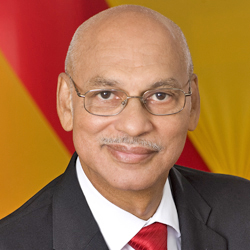 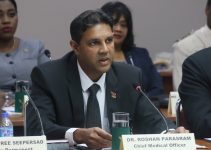