The Pig Farmers Co-operative has been assured that it has the full support of Government in protecting the island’s pork industry.

This assurance came last Saturday from Minister of Small Business, Entrepreneurship and Commerce, Dwight Sutherland, as he addressed the launch of a competition dubbed “Win A Hog” by the Pig Farmers Co-operative Society Limited, at its headquarters on Tweedside Road.

The Minister stressed that adequate policy space should be carved out in order to build and maintain the sustainable pork and poultry sectors in Barbados.  The Pig Farmers Co-operative Society Limited, he added, would obviously be a major player in this sector.

He disclosed that his Ministry, in collaboration with the Ministries of Foreign Trade and Agriculture and Food Security, would be exploring a series of policy options to effectively transform and preserve the development of both sectors.

“I am not just sitting and allowing you the small pork producers to suffer in this country, as a result of importation into this country. I believe the time has come when we need to explore via the World Trade Organization’s compatible trade law mechanism, the preservation of some policy space to transform some of our key sectors and industries, in which the local pork sector must be considered.

“The Government believes that under international trade law policy with all the reduction of the barriers to trade and all of the free trade that is going on around the world, there is still a level of protectionism that can be carved out under international trade law to minimize all of these imports and to give you guys the space so you can build out the poultry and the pork industry in this country,” he said. 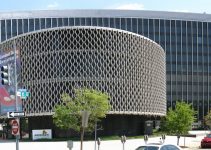