Hundreds of secondary school teachers turned up at the Wildey Gymnasium, Wildey, St. Michael, this morning, for the first in a series of meetings, this week, between teachers and Minister of Education, Technological and Vocational Training, Santia Bradshaw.

The objective of the consultations is to get input from teachers across the profession – nursery, primary, secondary and special schools – on the safe reopening of schools come September.

Speaking to the media following the meeting, which lasted over three hours, Ms. Bradshaw, disclosed some of the main concerns aired by teachers.

These included the sanitisation of school plants; temperature checks for those with underlying health issues, who may present with higher temperatures; training for teachers and equipping them with the tools needed so that they could effectively deal with a blended approach to learning; the length of the new school term; and ensuring students complete the syllabus.

Additionally, she said some teachers, who are parents, raised concerns about working out a timetable or schedule for their children while teaching using a blended approach, that is face-to-face and online classes.

“So they raised very real issues that impacted them …. We’ve said we’ll try our best, once they have fed information into the system through the principals to try to make accommodations wherever possible. It also means that as a Ministry, we have to make sure we use the technology and also send out the information to them as fast as we can, so that they are constantly updated as to what is happening.

“And we have to find that balance. The key in all of today’s discussions is that we have to improve our communication not just at the level of the Ministry and teachers, but with all of our stakeholders – the parents, the union officials – just to be able to get information to teachers as quickly as possible because, as they have said, sometimes having intermediaries feeding them information can be challenging,” the Education Minister explained.

She pointed out that she did not believe the unions’ opposition to the Ministry’s decision to hold the four meetings would ruin their existing relationship, adding that the core reason for holding the meetings was for her to speak to teachers across the board.

She also stressed that there was no representative of teachers that represented all voices within the teaching profession.

Ms. Bradshaw further noted that while the Ministry would continue to listen to the unions, there were some teachers who had become “frustrated” and “disengaged” by the process “because they feel that everything always seems to be a fight with the Ministry of Education”.

She also proffered the view that while the Ministry and the unions might not always agree, they have to respect each other.

The Education Minister explained that she had indicated to Acting Chief Education Officer, Joy Adamson, her desire to hold the meetings with teachers to repair the damage done, in terms of communication with the unions.
“As a consequence, I believe they may have taken that to mean that we were seeking their rubber stamp for holding the meetings, but things change in the course of a short timeframe. We were able to secure the Gymnasium, which has the capacity to hold the teachers that we wanted, and to try to do it over the number of schools that we had initially looked at, presented problems, in terms of the length of time our discussions were taking.

“There are practical issues that led us to make a decision that was different from what they were told the Minister was looking to do. It was not a disrespect of the unions in anyway, and I explained that to the teachers and I think they understand the sincerity within which I operate, and therefore, I believe that tomorrow we are going to have continued discussions with our other stakeholders. And, hopefully, they can give us a different dynamic from the [secondary] schools as well as the special schools and nursery schools, which we will meet with on Friday,” Ms. Bradshaw underscored.

She said she had made arrangements for teachers who did not attend today’s meeting to email their questions and concerns to the Ministry, as another option of having them addressed.

The Education Minister said there were no concerns raised by teachers over the September 21 start to the new term.

She explained that she wanted to hear from the other groups, and if there was a problem, there would be further discussions with all of the stakeholders “if the date has to move”. 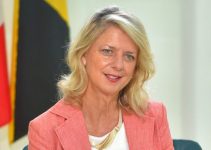 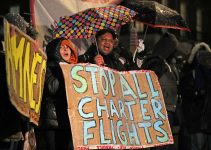