Acting Prime Minister Santia Bradshaw and the Minister of Labour and Social Partnership Relations, Colin Jordan, visited a number of supermarkets and Republic Bank at Wildey today. They both offered the following brief remarks at the final stop at Popular Supermarket at Kendall Hill. (PMO)

While also commending Barbadians for their approach to shopping in the COVID-19 environment, Minister Jordan said: “I think we’ve seen as she’s (Acting Prime Minister Bradshaw) indicated, the distancing. People are respecting it generally speaking, and I think that is to be commended. What I really want to speak to is the provision being put in place that we’ve seen for workers to keep them safe, even as they work to provide for Barbadians.”

Noting that in the tourism industry these partitions were regarded as “sneeze guards”, he stressed: “We’ve seen separations between customers and the cashier behind them; and that kind of innovation that speaks to a care, a concern for the workers who are on the front line is really commendable.”

Mr. Jordan, whose Ministry is mandated to deal with health and safety issues in workplaces, said some supermarket management had indicated their understanding of their responsibility to staff.

“They also understand that if there is a challenge with their staff, then the supply of the necessities to Barbadians would also be compromised. 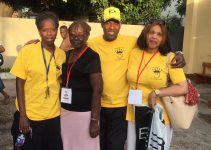 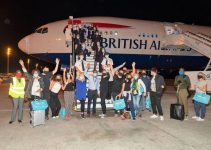 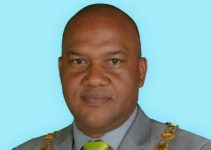