Government has outlined plans to tackle a declining birth rate and address the human resource deficit of 80,000 persons in Barbados.

This will be done through a new Immigration Bill, which is expected to be brought before Parliament for its consideration as the second session gets under way.

Governor General Dame Sandra Mason outlined the plan for the new bill and the reformation of immigration policies during the opening of the second session of Parliament at the Lloyd Erskine Sandiford Centre yesterday.

Dame Sandra said the new bill would combine options for descendants of Barbadians to obtain citizenship and target necessary skill sets for the development of Barbados and its economy.

“We are very quick to recognise Barbadian lineage and claim persons internationally when they excel. We must now welcome them with our policy,” she said, noting that examples of a well-managed migration policy could be gleaned from Canada.

She added that Government also intended to undertake a major reformation of its immigration policies as successive governments acknowledged that Barbados was underpopulated, and did not have the critical mass nor the working population to support the social infrastructure and way of life.

The Head of State further pointed out that the recent draft report of the National Population Commission indicated that Barbados’ population was 80,000 persons short of what the natural increase should have led to since 1980.

“While we recognise the reality of a declining fertility, at this stage, the necessary increase in population cannot be left to happenstance, and we do not have the luxury of time. Our workforce will be smaller than it is now in less than 15 years, and most disturbing, retirees will outnumber new entrants into the workforce. These factors will have significant negative consequences on our development, if not effectively remedied,” Dame Sandra stated. 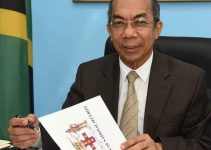 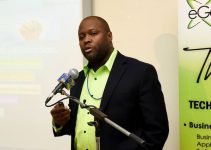