Today, May 29, episode four of Bob Marley’s Legacy documentary series was released; this time exploring Bob’s well known love of soccer and his longstanding connection between the game and his music.

Delving deep into the archives, never before told anecdotes are revealed on Bob’s life and his impact on the world.

Tuff Gong FC has also announced a special collaboration with FIFA for a limited-edition soccer kit available exclusively on May 29 at 1 p.m. ET in FIFA 20’s Ultimate Team game mode via a limited-time-only Season Objective. Celebrate Bob Marley’s legacy and love of the sport with the 75th Anniversary Kit, available in FIFA Ultimate Team for a limited time on Windows, PS4, and Xbox One. Additionally, a Bob Marley 75 Soccer Jersey inspired by the newly-added Bob Marley player kit in the 2020 EA video game will become available on June 1 HERE.

On June 4th, Bob Marley & The Wailers “Live At The Rainbow” will be live-streamed on Bob Marley’s Official YouTube Channel HERE. The concert will be shown in the exact running order officially for the first time since initially performed, will be streamed in its entirety on the Bob Marley YouTube channel June 4th at 12pm PT/ 3pm ET / 8pm BST exactly 43 years to the day it took place. The live-stream includes rarely-seen footage, including a magical live performance of “Burnin’ and Lootin” as well as newly unearthed footage taken backstage. 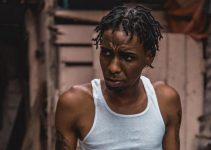