‘Breast cancer survivor’ is a label that the President of the Westmoreland-based MistyBlue Cancer Care Foundation, Dorothy Satchwell, proudly wears.

After all, it is not often that one makes that dreaded trek to death’s door, as she has, and lives to tell the tale.

Having been diagnosed with end-stage breast cancer and at one point was given just 24 hours to live, Satchwell has turned her inspirational fight back into advocacy, and is one of the biggest supporters of cancer patients in western Jamaica, particularly in the parish of Westmoreland.
Speaking at a recent Think Tank at the JIS’s Regional Office in Montego Bay, Satchwell recalls that her cancer diagnosis come as a surprise, as she had done a mammogram just a couple months earlier, which did not show anything alarming.

“I had done my mammogram the October (in England) and at the beginning of November I got the letter to say that I was fine. I came to Jamaica on the 27th of November and by January, I had a huge lump but I convinced myself that because I had done a mammogram two months before, I should be fine,” she relates.

Satchwell was told that she needed to do a biopsy, so she decided to return to England, where she had worked in the government service for several years, to have the procedure done and any other treatments.
“I thought more or less that I was at the beginning stage because I had just done a mammogram,” she shared.

Satchwell was, therefore, stunned and devastated to learn that she had end-stage cancer, which had spread to other areas in her body.

She says that the prognosis from the doctors was not very promising, but they assured her that she would be provided with the best treatment.
She revealed that over the next several months, her situation deteriorated and “at a point it appeared all but over”.

“I went into end-of-life care where I did 18 months of treatment. I went into a hospice and it got to the point where I was given 24 hours to live. It was a case of call in the priest, call in my family. That was almost 10 years ago,” she notes.

Now, as a survivor, Satchwell is on a relentless drive to help persons battling cancer beat the disease through education and access to affordable treatment and care.

“It was while lying there on my hospital bed that I made a commitment to myself that should I pull through this, I was going to do something about it,” she says.

It was against this background that on her return to Jamaica she decided to establish the MistyBlue Cancer Care Foundation to provide and promote world-class support services for cancer prevention and care.
The entity was registered as a non-profit organisation in March 2015, offering cancer and nutrition awareness, and diagnostic and preventive screening.

“The foundation’s official launch was on July 16, 2015, and it has since hosted a number of health fairs across the parish of Westmoreland,” Satchwell says.

She notes that the fairs offered screenings for cervical, prostate and breast cancers; and tests for heart disease, HIV, syphilis, diabetes, blood pressure and blood sugar.

“We have also impacted the parish with cancer awareness and prevention education and nutrition presentations in schools, churches, social clubs and corporate offices,” Satchwell shared.

She says that MistyBlue is now an integral part of the healthcare landscape in Westmoreland and the services offered by the entity are in great demand.

The MistyBlue Cancer Care Foundation is spearheading several teleconferences to highlight statistics and trends relating to cancers in Westmoreland.

These will be carried on various social media platforms during the second Wednesday of each month from August to December, between the hours of 6:00 p.m. and 8:00 p.m.

The registration link for the Zoom meeting is https://us02web.zoom.us/meeting/register/tZ0oc-ChpjMjH9eV9MSKsmBiuhS-U2h48I_o. 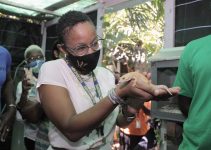 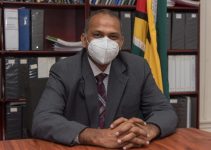 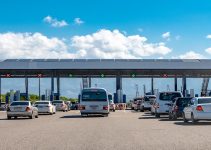