Maleek Powell, who lost his sister in a horrific car crash last month, is on a mission to promote road safety.

He is looking to start an advocacy group, which will support the Government’s continued drive to foster an orderly and disciplined traffic culture among Jamaicans.

Powell tells Jamaica government news agency JIS that he has always been concerned about road safety, but the devastating loss of his sister when the taxi she was travelling in collided with another vehicle, gave him the push towards advocacy.

The taxi driver and another passenger also perished in the crash, which occurred along the Dyke Road in Portmore on August 5.

Since the tragedy, Powell has used social media to make an impassioned appeal for more responsible use of the nation’s roadways.

His tweets brought him to the attention of the Ministry of Transport and Mining, which invited him to speak at its inaugural Symposium on Traffic Crash Investigation and Black Box Analysis held at the Caribbean Maritime University (CMU) in August.

Powell was glad to participate in the symposium as part of his road-safety mission.

“It’s something I’ve been pushing for… . If there is one good thing that came from the death of my sister it is that it has provided me with a platform to speak,” Powell says.

“I have pledged my time, my own resources, and I am committing to fighting for safer roads in Jamaica, because no Jamaican should ever, ever have to receive a call at seven o’clock in the morning that your sister has just died trying to get to work,” he adds.

He is appealing for persons to join him in developing this advocacy group “where citizens of Jamaica are able to speak out about these things. A lot of discussions are being had in pockets, and what I want folks to understand is that a unified voice is a powerful voice”.

Powell’s mission is one the Ministry supports in reducing road fatalities through the work of the Road Safety Unit. 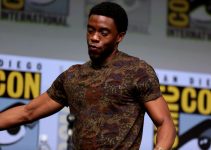