In an interview with the Breakfast Club radio show the Gargamel Buju Banton accused both Jamaica and the US government of conspiring to silence him.

He told the interviewers that a 2006 Wikileaks report said he and a bunch of armed men assaulted a homosexual man in Jamaica and got away scot-free, which was the furthest thing from the truth. Explaining, Buju said nothing could be further from the truth as he  had an altercation with a guy who put his mouth the wrong way and I had to put it back in place.

He said he had no idea about his affiliation to any group of homosexuals and they start using that as an angle and his government sent a diplomatic attaché to the US Embassy and since then he was on the radar. 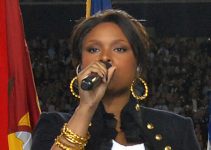