Busy signal to release his new reggae/dancehall single on the VP imprint, “Got to Tell You” from his upcoming album Parts of the Puzzle.

Out this Friday April 26 on all digital platforms, the self-produced and self-written track is a high energy dancehall track laced with EDM.

“Got to Tell You” follows the success of his recent string of singles, “Stay So”, “One Way”, “Dolla Van” and more. With hit after hit, Busy Signal has established his talent and staying power in the industry with his versatility in blending dancehall and reggae with EDM, afrobeats, salsa and other international sounds to create hardcore bashment anthems and transcendent global hits.

Born Reanno Gordon, Busy first burst on the dancehall scene as part of iconic deejay Bounty Killer’s Alliance crew over a decade ago, establishing himself as a major factor in the genre with his breakthrough hit “Step Out” and an album by the same name. Successive projects like Loaded and D.O.B. further showcased Busy’s outside-the-box lyrical displays and eclectic ear for rhythms and, in 2012, he went back to basics with Reggae Music Again, an all-reggae set selected as one of the Top 10 albums of the year by the BBC.

In addition to solo work, Busy has enjoyed a fruitful partnership with Major Lazer, who featured him on their 2013 international smash “Watch Out For This (Bumaye)” and “Jump” off 2017’s Know No Better EP, as well as on the title track from No Doubt’s Major Lazer-produced album Push and Shove. A remixed version of “Jump” can be heard in Bacardi’s “Dance Floor” commercial campaign currently airing on TVs across North America. A pioneer in the fusion of dancehall and Afro sounds, Busy Signal has also cultivated deep ties with Africa, frequently visiting countries such as Zimbabwe and Gambia to perform. With one foot firmly planted in the core Caribbean market and the other always exploring new sounds and styles, count on Busy to deliver another epic musical journey. -Some words by Jesse Serwer of Large Up 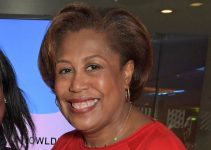