Four outstanding Jamaicans living overseas, who have volunteered their service to the Diaspora community in the United Kingdom (UK), United States of America (USA), and Canada, have been presented with the 2019 Governor-General’s Diaspora Achievement Awards.

They are Erma Eliza Lewis, Dr. Wayne Golding Sr., and Paul Barnett, who received the award in the over-35 category for the UK, USA, and Canada respectively, and Cherie Johnson, the UK’s under-35 recipient.

Governor-General Sir Patrick Allen, made the presentations on Monday (June 17), during the eighth Biennial Jamaica Diaspora Conference, which is being held at the Jamaica Conference Centre, downtown Kingston, under the theme ‘Jamaica and the Diaspora: Building Pathways for Sustainable Development’.

The Governor-General, in lauding the recipients, described them as “exemplars of the simple ways that we can execute our duty of care to others”.

He said that this year’s awards represent the culmination of “hard work done voluntarily” through Jamaica’s Embassy and High Commissions.

“I am truly humbled and grateful for the tremendous support given to bring this event to fruition,” the Governor-General added.

Meanwhile, Lewis was recognised for her ongoing contributions to Jamaica over the past 20 years, which have seen her giving back through her organisation – ‘Erma’s Jamaica Hospital Appeal Fund’- based in Birmingham, England.

The former nurse has, to date, raised over £3 million for various initiatives, including support for the Port Antonio Hospital and Infirmary in her native Portland.

She has also undertaken work through her ‘Wheels 2 You’ charity founded in 2007, which focuses on distributing recycled wheelchairs to disabled persons in Jamaica.

Dr. Golding Sr. was honoured for, among other things, spearheading several community projects to assist newly arrived Jamaicans to adjust in New York City, where he resided for a period after migrating to the USA in 1981.

The accomplished attorney-at-law, who now lives in Florida, has, over the past 17 years, provided extensive pro-bono legal work for the Jamaican Consulate in Miami; the Jamaican Embassy in Washington DC; and the Ministry of Foreign Affairs and Foreign Trade.

Meanwhile, Barnett was recognised for contributing to education, youth, and leadership development in Canada.

He has, since 1993, aligned with organisations that assist minority young people to obtain academic scholarships, hone their professional skills and excel at sports.

Barnett has been instrumental in helping hundreds of Afro-Caribbean students gain admission to tertiary institutions and, when necessary, has assisted them with food and clothing.

She has worked with the youth, social services organisations and the police to provide mentoring and advocacy interventions for vulnerable individuals as well as train staff to deliver effective services to persons deemed at-risk.

The 2019 Governor-General’s Diaspora Achievement Awards were held under the theme ‘Engaging, Inspiring and Empowering Jamaicans’. 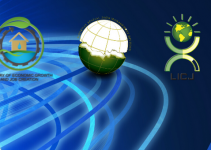