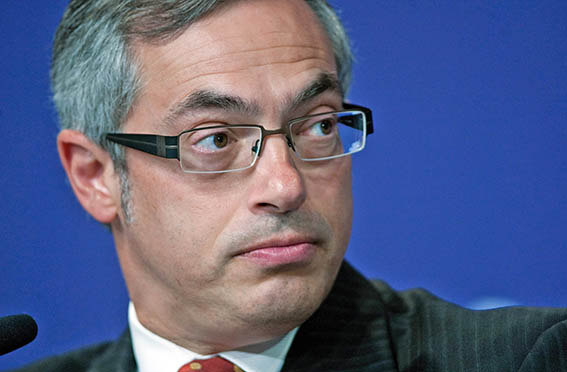 OTTAWA, Ontario (AP) — A Canadian lawmaker who was on a parliamentary committee with access to national security intelligence acknowledged Thursday he had inappropriate online relationships with more than one woman and was the target of two extortion attempts.

Tony Clement was removed from the opposition Conservative caucus this week. He acknowledged he had sent sexually explicit photographs to one woman on Tuesday. On Thursday, he said there were more and said the latest extortion attempt was made by “foreign actors.”

Clement, a former Cabinet minister, remained on Parliament’s national-security and intelligence committee despite knowing for several months that someone had known about his online behavior and was trying to obtain dirt on him.

Clement said in a statement one inappropriate exchange led to a woman being offered money by “an anonymous social media account in exchange for the disclosure of intimate and personal information.” He said he reported it to the local provincial police but not the federal Royal Canadian Mounted Police. Despite that Clement had another “inappropriate exchange” with another woman.

“Most recently, another inappropriate exchange led to foreign actors attempting to use my indiscretion for financial extortion which, without hesitation or second thought, I immediately reported to the RCMP,” he said.

Scott Bardsley, a spokesman for Canada’s public safety minister, said the RCMP is investigating the extortion attempt and said they can’t comment on ongoing investigations.

Clement has resigned as the Conservative justice critic and from his committee assignments. He said he’ll remain a member of Parliament.

Several people came forward this week to say that Clement had used Instagram in particular to connect with numerous young women and message them privately. He spent a lot of time clicking to show he liked their photos.

Clement, 57, is married and has three grown children.