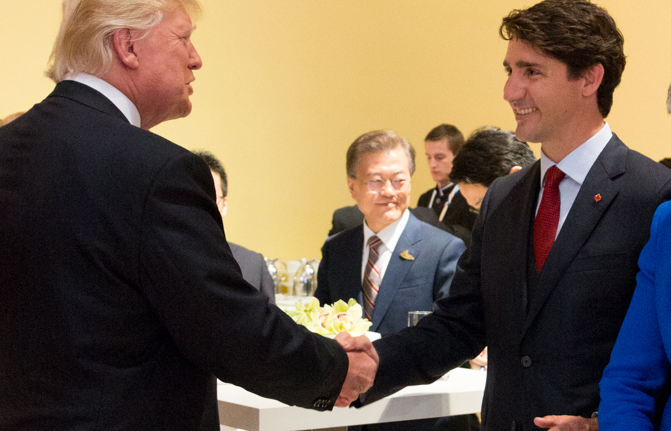 News of the revamped NAFTA deal has received mixed reactions from the different industries in Canada.

While some feel they stand to gain significant benefits from the deal, which has been renamed the United States, Mexico, Canada Agreement, USMCA, others are not so optimistic.

Canada’s dairy farmers feel they were shafted in the new agreement which grants more access to US producers.

Under the USMCA, US dairy producers will have access to 3.6 percent of Canada’s domestic market.

The recently implemented milk-pricing policy, which caused discontent among some US producers, will also be scraped.

Responding to the new rules, the Dairy Farmers of Canada said some 220 000 Canadians in the sector were “sacrificed” to secure a deal which puts the livelihood of these thousands of Canadians and the future generations of dairy producers at risk.

But all hope is not lost.

Foreign Affairs Minister Chrystia Freeland says dairy farmers will receive compensation for the additional market access being given to trading partners in the deal.

She, however, noted that the type and amount of compensation is still to be decided.

Under the new deal,  Canadians will see their duty-free shopping limits, to enter Canada without facing import duties, jump from $20 to $150.

Consumers are also expected to benefit from faster shipping.

Canadian retailers had argued against raising the limits as they feared that a more generous exemption could place them at a disadvantage.

They will now have 10 years of protection for patents on certain types of treatments known as biologics, instead of the current eight years. The scope of products eligible for protection will also widen.

This change has, however, prompted concerns about whether it will hike the cost of drugs in Canada and affect its national healthcare system.

Generic manufacturers are also arguing against the move noting that it would delay getting their products to market.

And what of the tariffs that the Trump administration imposed on steel and aluminium imports from Canada, Mexico and key allies in Europe?

Those tariffs will be dealt with separately, but the United Steelworkers Canadian director, Ken Neumann, believes Canadian steel and aluminium workers were ‘sold out’ at the bargaining table.

Prime Minister Trudeau, however, noted that removing the tariffs is still a priority for both Canada and Mexico.