Guyana President David Granger, on Thursday afternoon, met with Private Sector and Civil Society stakeholders who were briefed them on recent political developments.

The meeting was preceded by a similar engagement with members of the Diplomatic Corps earlier in the day at the Baridi Benab, State House.

The Head of State explained that the purpose of the engagement was to clarify recent political developments which have been subject to some misinterpretation and misrepresentation of government’s intentions.

“I have asked you to come, to emphasise Government’s commitment to upholding the Constitution; respecting the institutions of the State – including the National Assembly and the Courts; to ensuring the rule of law; to safeguarding human and civil rights; and to preserving our democracy especially through the conduct of free, fair and credible Local and General and Regional Elections,” he said.

President Granger recapped the events following the December 21, 2018 vote and the Caribbean Court of Justice’s (CCJ) ruling regarding the Coalition Government’s status. He reiterated that no dates or timelines were issued by the CCJ and stated that while the December 21, 2018 vote was declared valid, “the Caribbean Court of Justice has made no coercive orders.”

“The government is, therefore, not in contravention of the Orders of the Court or the Constitution,” the President further expressed.

“It would not, therefore, be right for the Court by the issuance of coercive orders or detailed directives to presume to instruct these bodies on how they must act and therefore pre-empt the performance by them of their constitutional responsibilities. It is therefore not, for example, the role of the Court to establish a date on or by which the elections must be held or to lay down timelines and deadlines which in principle are the preserve of political actors guided by constitutional imperatives.”

He also took the opportunity to address the appointment of a chairman for the Guyana Elections Commission (GECOM). The Head of State told the Private Sector and Civil Society stakeholders that the appointment of retired Justice James Patterson as GECOM’s chairman was flawed and as such, accepted his resignation.

Since then, the president has been actively engaged in the process of appointing a new one. 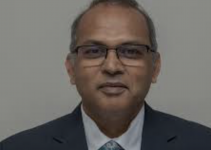