He spoke at a virtual panel discussion on Sunday at the Bocas Lit Fest alongside former Belize attorney general Godfrey Smith and Alissa Trotz, a professor of Caribbean Studies at the University of Toronto. chaired by Prof Andy Knight.

Patterson said in the past Caribbean countries had made the “fatal error” of acting separately in their negotiations with the European Union over the Lomé Treaty to allow this region preferential exports of agricultural produce.

“We must be present at he table if we don’t want to be marginalised any further.” He said the great challenge confronting the Caribbean was climate change, even as the region must also deal with covid19 and external debt. “Too many leaders concentrate on their domestic situation but do not look at how collective action can help us.”

Patterson used the occasion to pay tribute to former Barbados prime minister, the late Owen Arthur, whom he had last met going to Jamaica to make contacts for a book of recollections he was going to publish. “I gave my views on regional development,” Patterson recalled of his own book, “and it is important that others give their views.” He implored the University of the West Indies (UWI), Barbados Government and Arthur’s family to collect the late statesman’s papers and to complete his unfinished business of publishing them in a book.

Patterson mulled aloud how democracy could be improved in the Caribbean. “We are in search of a participatory democracy where the relationship between the people and government is not only at election time. “How do we get a new paradigm for development – people, society and our academic community?”

Patterson hoped an old authoritarian order would be forced to give way to a structure more accountable to citizens. Reckoning that covid19 would compel a global response, he said, “When those decisions are made, we must be present at the table and have our voices heard.”

Trotz hailed the past Caribbean advocacy of the late Prof Norman Girvan who once said he had entered UWI as a Jamaican but had left as a Caribbean man but she wondered where were such Caribbean advocates now? “Who exactly is at the table?” she asked, asserting poor participation in recent Caribbean elections. Trotz said the turnout in the recent Jamaica general election was only 40 per cent, with just 29 per cent of elected MPs being women. She said half the population of Guyana had felt shut out of its political system after the recent general election. Trotz said any idea of rulers and the ruled was deeply disempowering, patriarchal and exclusionary.

Smith earlier read a blow by bow account of the detention and death of former Grenada prime minister Maurice Bishop during the implosion of the Grenada revolution, titled, The Assassination of Maurice Bishop. 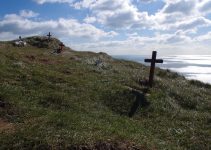 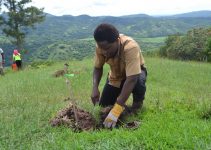