With the release of his new trending single “Gideon Hot’, Living Fire artiste Chuck Fenda has had to dispel rumors that his single is a counteraction to I-Ocane’s ‘Whe Di Fire Gone’  single released last year.

Chuck Fenda who has been releasing songs consistently over the years sees the Gideon Hot’ single as the track to bring back the positivity in the nation and highlight the lawlessness.

“When the fire burning in the music, we bring back the righteousness and consciousness, if God law not in the midst then there will be more senseless killings and raping. Gideon Hot is here to correct that with a positive message to disrupt the negative that is happening right now, Fenda shared.

The artiste however denies claims that he is counteracting I-Octane as he wasn’t even thinking about any other artiste when writing the single and reminds fans to pay attention to the message and not manufactured rumors.

“The song came as a natural inspiration from Jah, the message Is clear that we are drifting from righteousness and we need to return to reality, I-Octane was the furthest thing from my mind,” Fenda said.

He however makes it clear that he disagrees with some of what I-Octane says in his ‘Weh Di Fire Gone track’.

“Of course I disagree with some of what he says in his song, the Rasta man fire never stop burn, man a chant bingy every day. Across the world we are still here burning out lawlessness and inspiring people to stop their evil doings because Jah fire is ever burning,” Fenda added.

The Gideon Hot’ single produced by Fire Wayne for Echo One Productions should also benefit from visuals to be shot later this month. Chuck Fenda is set to venture to Haiti for the very first time to headline the five day festival ‘Spring Fest’ in a few days. He is also gearing up to return to the US for appearances in the Midwest next month. 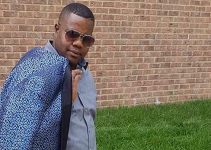 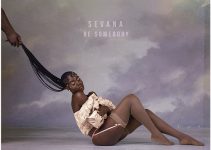