As Jamaica approaches Emancipation 2020, citizens need to appreciate the beauty of the Jamaican Language.

This view was expressed by Actress, Screenwriter and Behaviour Change Specialist, Dahlia Harris, while speaking at an Emancipation ‘Think Tank’ held on Thursday at the JIS head office in Kingston.

Emancipation Day will be celebrated on Saturday, August 1.

Harris said that Jamaicans are still not recognising the importance of the Jamaican language or patois.

She said that the language “did not come out of ignorance, nor did it come out of a lack of being able to grasp communication”.

“Patois is itself a beautiful symbol of our resilience as a people… we were enslaved and we came here with different types of African languages forced into a society with a totally new language. We were able to craft expressions for ourselves and what that represents for us,” she said.

Harris said that persons need to value the Jamaican patois.

“Even during Miss Lou’s time, the use of the language was not appreciated for what it was that she was doing,” she said, adding that many persons “who listened to Miss Lou’s monologues saw it as entertainment”.

Harris said that while working towards her Master’s thesis on Miss Lou, she faced the challenge of getting people to appreciate the value of the research and how Miss Lou used the language as a developmental tool.

She argued that this was because persons “still believe that the use of patois and folklore really is just restricted to entertainment”.

“So, that is something we have to change and so media managers, in shaping the nation, have to have a definitive strategy for an appreciation of what the language is, to ensure that it is incorporated in how we share opinions and values with people in Jamaica,” she added. 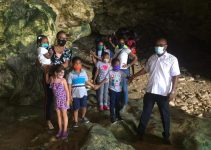 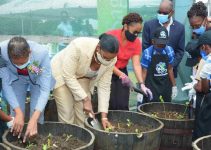 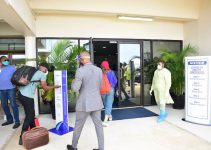