Coronavirus is not the number one killer of people in the world right now…Noncommunicable Disease (NCD) is!

According to statistics released on the World Health Organisation’s website noncommunicable diseases kill 41 million people each year, equivalent to 71% of all deaths globally.

Each year, 15 million people die from a NCD between the ages of 30 and 69 years; over 85% of these “premature” deaths occur in low- and middle-income countries.

The other day a man was slashed in the face because he sneezed. Mark you, according to the report in the Gleaner, the sneeze was triggered by the attacker himself whose cologne was so strong it bothered the poor victim’s sinus, causing him to let loose.

Wrong move, as the attacker took offense thinking it was done deliberately and started an argument over it – the short version is he slashed the victim across his face with a knife.

The craziness doesn’t end there as another man who was travelling on a bus and could not resist the urge to sneeze as he said his sinusitis was acting up as well, let loose. Big mistake! He was pounced upon by fellow passengers who gave him a proper beating and pushed him off the bus.

Paranoia, lack of knowledge about the virus or sheer fear, people are doing some crazy things as the virus continue to rack up more deaths and high numbers of confirmed cases.

The staggering figures of over 1.7 million confirmed cases and over 100,000 deaths are reasons enough for anyone to break out in hives just thinking about it.

Fear doing more damage than the disease itself

The virus according to the experts does more damage to persons with underlying conditions such as diabetes, asthmas among others. However, there is one underlying condition which seem to be creating more havoc than anything else and it is the fear factor.

There is something about this virus that sends the panic into overdrive, bringing the pronouncement like a death sentence when in reality there are more recoveries from COVID-19 than deaths.

Just look at the ratio of recovery to deaths – all the more reasons to expect to beat it.

A 103 year old woman, Ada Zanusso from Northern Italy recovered just one week after being confirmed as having the virus. In an Associated Press Interview she credits “courage, strength and faith’ for her remarkable recovery as at one point doctors thought they would lose her.

Similarly it was the ability not to be afraid and exercising courage instead that saw the 90-year-old Long Island senior Anna Fortunato, also with roots from Italy – having the underlying conditions condition of asthma and yet recovering.

There must have been some powerful mind control going on in those seniors for them to shake off the virus like an annoying fly.

Cancer, heart attacks, complications of diabetes and high blood pressure as well as car accidents take more lives than what COVID-19 might ever reach – yet these lifestyle diseases has not generated the kind of fear such as COVID-19 has.

It leaves ones to wonder if it is the cloud of uncertainty which surrounds the virus that have many pressing the panic button. There are so many theories surrounding the contraction of COVID-19 that the WHO dedicated a section in clearing them. Among the myths highlighted are that 5G mobile networks being carriers of the virus through radio waves or mobile networks. Another popular one debunked by WHO is that exposing yourself to the sun or intense heat will ward off the virus.

There are more, but the only real way to protect yourselves is in shaking off the fear, ignoring the myths and sticking to the precautionary measures given by your local health authority as well as the WHO. 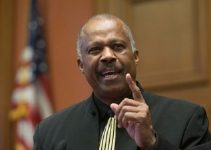