Menu
Home
World News
Could England’s monarchy be a thing of the past?

It seems the British are no longer singing the “God Bless the Queen” song a recent report out of that country shows the leader of the Republic organization sending a warning to Queen Elizabeth II. There is no mistaking its intent as her children are told to “get their own homes” instead of living in Royal Family residences.

Graham Smith, CEO of Republic, an organisation that campaigns for the abolishment of the monarchy and for Queen Elizabeth II to be replaced with an elected, democratic head of state in an interview with Express.co.uk said UK taxpayer does not owe Princess Anne, Prince Andrew or Prince Edward a house.

“There are more than 20 royal residences and we pay for round the clock. There is some question over who owns Balmoral and Sandringham, it is sufficiently recognised that they are private properties, but they bought them with our money,” he shared.

He also told Express that Buckingham Palace could be a world-class tourist destination as an art gallery or museum if they opened up all the rooms and the gardens to tourists all year round.

“It already houses one of the largest art collections in the world yet most of it is hidden away.

security for all of them, that needs to come to an end.

The Republic CEO did not mince words as he bluntly stated that they do not owe Prince Andrew or Prince Edward a house, they can go and get their own homes.

During the same interview, Mr Smith also told the Queen she cannot remain as the head of state for the UK as she is not independent or accountable. 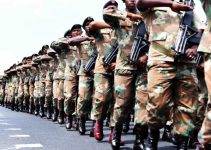