The COVID-19 pandemic has triggered a realigning of national priorities in Guyana as the Government has had to shift available resources to tackling the disease, even as it implements measures to safeguard livelihoods and revive the economy.

His Excellency, Dr. Mohamed Irfaan Ali, said while these challenges are not unique to Guyana, as a small, developing country, they are considerable.

The President recalled that in his recent address to the United Nations General Assembly, he highlighted the varied adverse impacts that the pandemic has had on lives that go beyond the health sector. He had called on the UN to support developing countries to rebuild and to become more resilient. “Many countries will now have to readjust the achievement of their development goals and the timeframes for those SDGs.”

President Ali has also said that while the Government is cognisant of the plight of frontline healthcare professionals, they too should consider the current economic situation, even as the administration seeks to make special provisions for them.

Over the last two weeks, some nurses have protested and, together with the Guyana Public Service Union had threatened further strike action for increased risk allowances, improved salaries and additional personal protective equipment as they work on the frontlines in the fight against COVID-19.

The Government has since started discussions with the representatives for the nurses and the Georgetown Hospital. Negotiations are expected to wrap up within two weeks.

While he acknowledged that the nation owes frontline workers a depth of gratitude for their service, particularly at this time, the President said he had hoped that they would have broached those issues differently.
“You have to look at it in a holistic manner in relation to what is taking place in our economy and you have the right way to do things and the wrong way to do things. There are clearly established criteria, protocol and guidelines as to how the nurses could have approached whatever issues they have,” he said.

The President explained that emergency provisions had been put in place for nurses to benefit from a $150 million allocation for risk allowance as well as tax benefits, and the $25,000 COVID-19 relief cash grant. 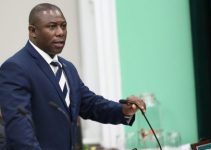 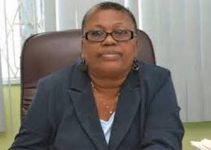