Dancehall artiste Hydal is now on the mend after narrowly escaping what could be classified as an explosive situation. The Spanish Town-based entertainer says he is today a thankful man as he reflects on an incident a week earlier that almost cost him his life.

According to Hydal, he was on the set of a video shoot in the vicinity of Manor Park, St. Andrew when the production team decided to break for lunch. While sitting on a bench outside a popular plaza consuming his meal, he heard a loud explosion which flung him from the bench onto the ground. Disoriented from the blast, Hydal said he could feel pieces of shrapnel all over his body. An audience soon converged and further investigations revealed that the explosion came from an unoccupied restaurant on the premises. The blast shattered the glass windows at the front, several pieces of which hit the entertainer in his back.

Hydal revealed that despite being momentarily disoriented from the blast he was able to agonizingly drive himself to the hospital where he was treated and kept a few hours for observation.

“Imagine I leave my house to go to a video shoot and end up in an action movie because all now I can’t believe this really happened but give thanks to the Almighty because I could have died but it was not my time. Thankfully no one else was injured,” – the deejay exclaimed. 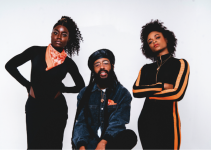 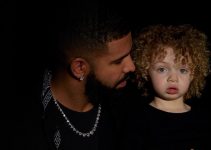 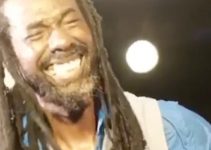