Jamaican Orville Pernelle who is considered a ‘dangerous criminal’ by the St Lucia Police, is now being sought as he escaped from the Babonneau police station in that country.

According to a report in the St Lucia Times, Superintendent of police with responsibility for Crime Management, Gorge Nicholas, who identified the escapee told reporters Monday that Pernelle was charged on Thursday, October 8, 2020, for causing the death of Cletus Alfred of Ravine Macock, Gros Islet, in August this year.

Alfred’s body was discovered in a pool of blood on the road at Trouya after residents reported hearing the sound of gunshots.

On Friday, Orville Pernelle reportedly had a court hearing in connection with the death and was remanded in custody until November 11, 2020, it was disclosed.

According to Superintendent Nicholas, between 3.00 am and 5.00am Monday morning, the Jamaican national escaped from lawful custody.
He said no officer was injured in relation to the escape.

“As we speak there is a manhunt in relation to the suspect and we are pursuing him,” he observed.

“My information is that the suspect was in a cell with 4 other prisoners and he was able to saw the bars of the cell and made his way out of the cell,” Nicholas told reporters.

He said he could not confirm what device was used to saw the bars. 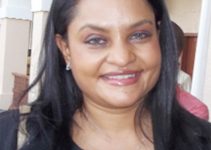 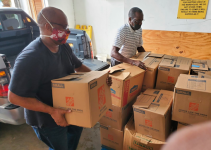