A disabled man who is wheel chair bound was refused entry at a Courts store in Grenada, this according to a story published in Grenada Now.

The man, Kelvin Henry, took to social media to highlight his accusation of the management of Courts Grenada of using “semantics” to try to justify denying him the opportunity to browse inside the Courts branch at Grenville, St Andrew on 30 May.

Henry said after he and his girlfriend tried to visit the store, he was prevented by the security guard that he could not enter ‘like this’. After contesting what was said by the security guard, Henry requested to speak with manager, who, based on Henry’s account, stated that he would not be allowed to browse the store, based on the Covid-19 protocols being followed.

Following several meetings with Courts and other representatives Henry took his dissatisfaction to social media. Now Grenada reached out to the branch manager and was informed that a statement on the matter will be released soon. 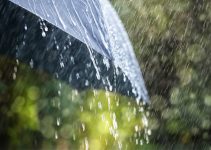