In his tribute, Chairman of the Electoral Commission of Jamaica (ECJ), Earl Jarrett, said that Dr. Duncan, who was a retired ECJ Commissioner, was committed to the organisation and the advancement of democracy in Jamaica.

“He understood and embraced the objectives of continuously improving the electoral process,” Mr. Jarrett said.

Noting that the four-time Member of Parliament had extensive knowledge of the electoral system, Mr. Jarrett said he sought to ensure that the process of electing representatives was “fair and free from fear”.

“Dr. Duncan made every effort to ensure that the public trust was upheld in all decisions that were made,” he added, noting that the ECJ, along with the Electoral Office of Jamaica (EOJ) “were well served by Dr. D.K. Duncan”.

For son, Keith Duncan, his father stood for social and economic justice for all and was a trailblazer for the entire Duncan family.

He said that as the eldest of five brothers, Dr. Duncan, who was a dentist by profession, stood as an example for his brothers, and later influenced many of his children into a life of service in different spheres.

“He wanted to serve and contribute to social transformation in Jamaica. This drive to serve was due to his love, respect and empathy that he had for the ordinary and marginalised Jamaican citizen,” Mr. Duncan noted.

He said that his father was a “great giver’, especially through the provision of dental care to persons who could not afford to pay.

“Money was not his priority, people and service were his passion. My siblings and I are very proud of our father, who, through his courageous stands, actions, honesty and integrity, has made a powerful and lasting impact on Jamaica.

Our father has given our entire family an enduring and powerful legacy and example to build on,” he added.

Delivering the homily, Pastor of the Webster United Church, the Reverend Astor Carlyle, made a plea for persons, during their lifetime, to “seek to leave good names behind, show strength of character, and to choose what is right over what is popular”.

“D.K. Duncan believed that Jamaica could be a place of equality for all, and he gave himself to that,” the Pastor said.

The ceremony featured performances by Ernie Smith and the group Ashe.

He became a Member of Parliament in 1976, representing the East Central St. Andrew constituency, serving until 1983, and later represented Eastern Hanover from 2007 until 2016.

In 1977, at age 36, he was appointed to the Cabinet as Minister of National Mobilisation and Human Resources and served until 1980.

He is survived by his widow, Beverly Duncan, and six children. 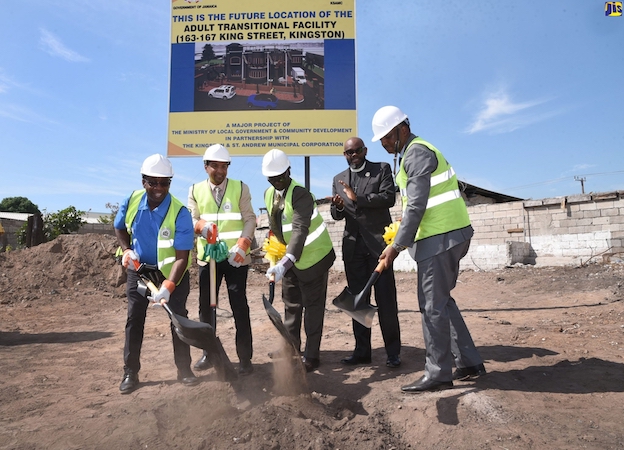