Following the opening of its first embassy in the Middle East, in Abu Dhabi, the Commonwealth of Dominica has become the most popular destination among migrants from the region as the passport allows visa-free travel to more than 130 countries.

With the high number of expatriates based in the UAE, AAA Associates saw a 70 per cent increase in Dominican passport demand.

Alan James, General Manager of Samana Group, of which AAA International forms a part, welcomed Emmanuel Nanthan, the head of Citizenship for Dominica, to the AAA International offices where he met a number of new citizens of the island post a ceremony where James had presented investors with their new Dominican passports.

Since opening its doors for business, AAA International has maintained a special relationship with the island and again in 2019 saw the highest number of its customers in UAE receiving their passports. With its close proximity to the USA and ease of visa-free entry to over 130 countries whilst maintaining Tax Free status, the beautiful island of Dominica remains in the top three passports of choice for our customers that are looking for alternative citizenship.

Nanthan said: “There are many – (23) – options for second citizenship and permanent residency in the world. Dominican citizenship program remains popular due to its transparency, lower price and turn-around time. The Middle East has become an important region for us. Opening a new embassy in Abu Dhabi and a Consulate in Dubai later this year is a testament to growing bilateral relations between UAE and Dominica, which will also help boost the ranking of Dominican passport.

“New diplomatic mission will allow us to provide with the best service to prospect citizens from UAE and across the Middle East”, he said.

Dominica allows investor-friendly taxes with property, inheritance and capital gains taxes. The biggest attraction for investors is that the personal income tax is not charged if the income is not earned in the Commonwealth of Dominica. In addition to having no physical residency requirement, the Dominica citizenship programs are done in government-managed escrow accounts, has no language, age, business experience, or educational requirements.

The Dominica citizenship through investment program is legally entrenched in law, and since local law does not contain any restrictions on holding dual nationality, obtaining second citizenship by investment in the country is a confidential process that does not require a person to renounce their existing citizenship and be present to earn the Dominican passport.”

“AAA International has continued to show its commitment to Dominica with the opening of its own offices on the island. Since the opening of the offices in early 2019, the turn-round time for passport delivery has halved with the majority of customers receiving their new passport in just four months”, said Imran Farooq, CEO of AAA Associates Immigration Services, a part of Samana Group of Companies.

Established in 1993, the Dominica Economic Citizenship Program legally offers individuals and families an irrevocable second citizenship with no visit to the country required. The Caribbean island nation has an excellent international reputation, and consequently, its passport provides visa-free travel to 130 countries around the world including Schengen zone, Europe, Switzerland, Singapore, Hong Kong, the UK and many more. 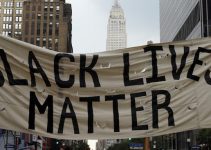