Dr Mohammed Irfaan Ali on Sunday took the oath of office which will see him serving as Guyana’s 9th Executive President.

In the presence of the diplomatic community and senior officials of the People’s Progressive Party, the new president vowed to be a government for all of Guyana.

In his remarks, the new Head of State assured that he will uphold the oath taken and will work for the best interest of the people of Guyana.

“There is only one future and that requires a united, strong Guyana. That future requires every Guyanese to play a part in building our country and ensuring we leave a better Guyana for the net generation.”

He continued “We are in this together. We are not separated by class, by ethnicity, religion or political persuasion. We are united in the true Guyanese spirit.”

The president said “today is about celebrating democracy” while he thanked Guyana’s international and regional partners, other political parties and members of the Guyanese community who he said committed themselves in “service to country and protection of our democracy.”

Later, he told members of the media that the new administration will be focused on a development agenda that will reflect the priorities of every Guyanese.

The president said the full vision of the government will be outlined later this week at the official inauguration ceremony. That vision will project where the government hopes to see Guyana at the end of its five-year reign.

In the meantime, the president said Vice President Jagdeo will head the transition team. 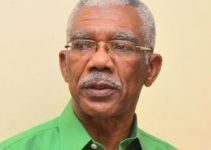 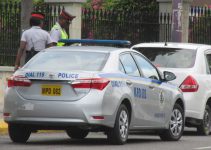