EchoSlim, whose real name is Dwayne Dayal, produced the 2nd single from Rapture, titled “Throne” and said the collaboration with Jamaica’s Koffee was a monumental achievement.

“To work with one of the hottest reggae artists is always a good feeling for me. Especially early in her career. She’s extremely talented and I believe with consistency, she’s going to be one of the greats,” said EchoSlim. “I was honored when Walshy Fire of Major Lazer told me that Koffee liked my track when he played it for her. I have been working on a lot of different projects and traveling doing DJ gigs, but I knew this was something I had to focus on once Walshy gave me the news.”

EchoSlim recently released his own EP, titled “Frens Fi Years” with his production crew by the same name, and has been on an upward trajectory ever since including; releasing a house track called “Groove” that he co-produced with Kenyan born Minnesota based DJ, The Real Jeilah, which they have licensed with renowned house record label Soundmen on Wax. His other recent single titled “Ask For What You Want”, a smooth afrobeat inspired, Sade-esque song, featuring singer / songwriter Alexander Star, is also making waves internationally. Receiving radio play in Canada, Nigeria and the UK among many other countries. EchoSlim has also kept busy through his work, DJing all over the globe.

When he’s not busy gigging or producing music, the former DJ for the acclaimed classical-meets-hip hop duo, Black Violin, whose highlights include performing at the Presidential inauguration for President Obama, amongst many other big performances, EchoSlim also has his own podcast with producer / engineer extraordinaire and co-host Nicko Rebel Music.

“The Echo Rebel Experience is a podcast that highlights positive people in the community and independent artists and creatives. It also promotes a healthy, wholesome lifestyle,” said EchoSlim.

This is not dissimilar to his music, whether it’s house music, afrobeat and Caribbean music, some gritty Hip Hop or smooth R&B, EchoSlim is all about pushing positive vibes. 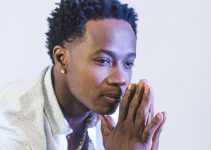