Minister of Education, Youth and Information, Fayval Williams, says the feedback from the evaluation of the pilot face-to-face classes has been favourable, even though there are areas to be addressed.

Speaking in the House of Representatives on November 17, she informed that officers from the Ministry visited the participating schools to conduct observation of the activities taking place and to provide guidance where necessary.

“The data collectors and observers who have visited the schools have since provided preliminary feedback from their observations. The schools are operating a rotation modality and those who were not at school were engaged online,” Williams reported.

Giving a synopsis of particular aspects under observation, Williams said the overall management of the entry process was deemed to have been satisfactorily managed by the schools, in keeping with protocols for preventing transmission of COVID-19.

“The overall management of the protocols in the classroom space was found to be satisfactorily done by the observers in the schools they visited. Students sat approximately three to six feet apart and facing one general direction in most cases,” the Minister said.

Regarding wash stations and sanitation facilities, Williams said the observers reported that wash stations are visible and sanitisers are mounted at strategic locations in all schools, including on walls, at the entrance of or in classrooms.

“Signs of social distancing images as well as reminders to wear a mask are strategically placed. There are clear markers along corridors [upstairs and downstairs] indicating where students should stand in relation to each other,” she said.

The overall management of students’ movements during class time was also found to be satisfactory.

In addition, the school’s management of breaks (including mask breaks) and lunch sessions was rated as being satisfactory in most schools.

Williams explained that the methods used varied from staggered break and lunch sessions at the concessionaire shop or canteen to students being served in their classroom space.

Meanwhile, school management of isolation room and medical emergencies was rated less than satisfactory by a larger number of observers.

“Clear outline of protocols was noticed in seven schools; six schools had no documented protocols outlined for dealing with medical emergencies, while at one school, the protocols outlined to staff as observed by data collectors were less than satisfactory,” Mrs. Williams said.

She said the observers noted that isolation rooms to manage suspected COVID-19-related emergencies are suitably placed for ease of entry and convenience.

However, no management protocols were outlined for the isolation room in six schools, and observers in one school highlighted that the protocols outlined in that particular school was dissatisfying.

At one school, two students were admitted to the isolation room after displaying symptoms of runny nose and a boy was admitted due to diarrhoea.

“For us to move forward with confidence, we must have our parents on board. Parents, we really need you to be vigilant. If students get to school in that condition, of course our schools have to be ready to deal with these. This was the weakest of the many variables that were observed,” Williams noted.

“It is the most important, and so the Ministry has to impress on principals the importance of this particular protocol. We have to impress on parents and guardians their responsibility in this process if we are to have confidence in the continued phased reopening of schools,” she added.

It is expected that a more comprehensive update will be provided after November 20, which is the end of the pilot. 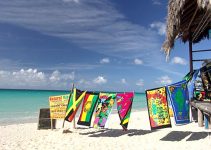