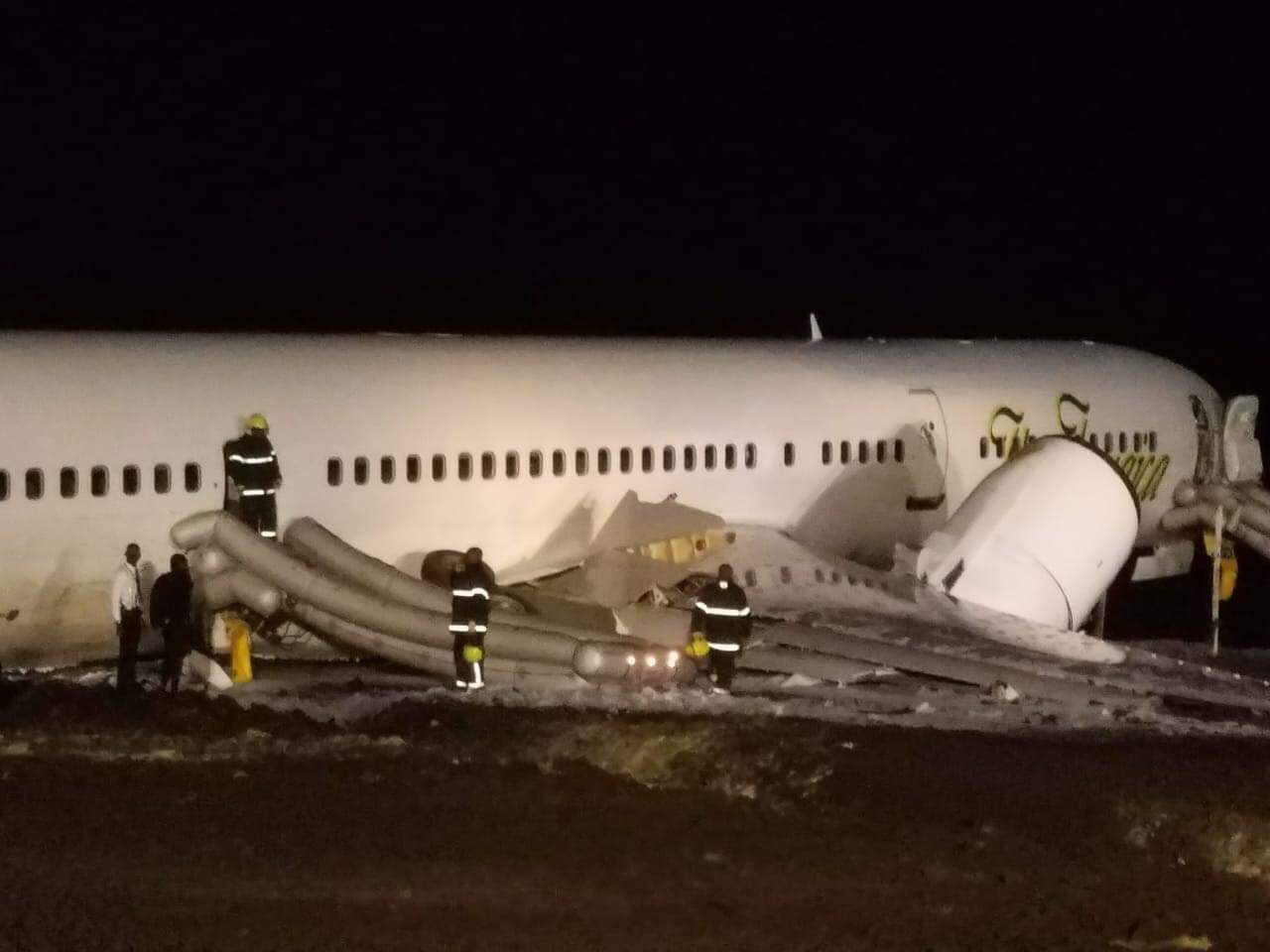 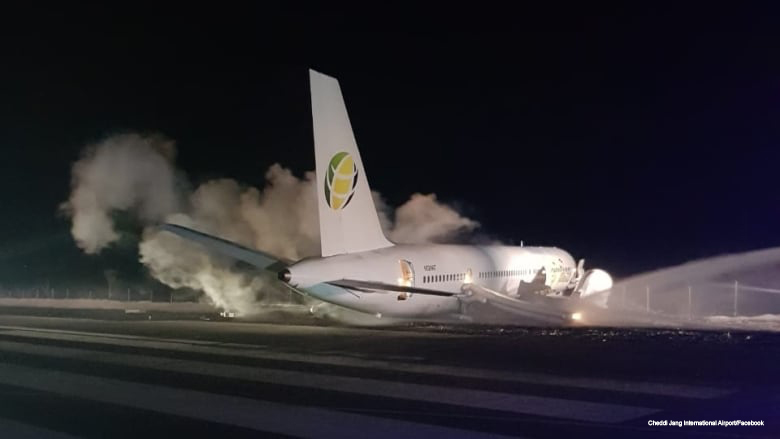 Six people received non-life threatening injuries and are being treated at a local hospital.

Reports are that flight OJ256 left from Cheddi Jagan International Airport, near the Guyanese capital of Georgetown shortly after 1 a.m. ET.

120 passengers, 82 of whom are Canadian citizens, and eight crew were aboard the flight.

11 minutes into the flight, the pilot indicated the Boeing 757 was experiencing problems with its hydraulic system, Guyana officials said at a Friday morning news conference.

The aircraft returned to Cheddi Jagan, where it crash landed, leaving the runway.

Local police have cordoned off part of the airport and an investigation into the circumstances of the incident is underway, according to officials.

A representative from the U.S. National Transportation Safety Board is expected to assist in the probe.

The airport has also set up a hotline for family members looking for assistance and information.