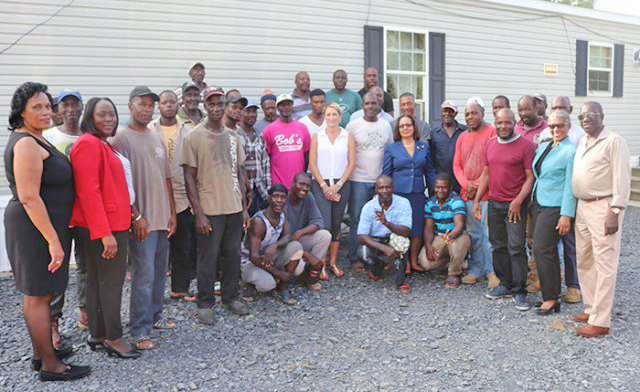 The Government is looking to further strengthen arrangements under the Seasonal Work Programme between Jamaica and the United States (US).

This was disclosed by Labour and Social Security Minister, Hon. Shahine Robinson, following a meeting with top-level officials in the US Departments of Labor, State, and Homeland Security in Washington, D.C., last week.

Robinson indicated that the discussions were fruitful and from all indications, the response to the request is expected to be positive.

Approximately, 7,000 Jamaicans currently participate in the Programme, 4,981 of whom are engaged in the farm work component, and another 1,693 in the hospitality sector.

“I am looking to double this figure, as this programme is important to the Jamaican workers and economy, as well as to the US,” the Minister stated.

The meeting was part of the itinerary for a five-day official visit to the United States, from August 13 to 17, by a Jamaican delegation headed by the Minister.

Members of the delegation also toured farms in Albany, New York, where Mrs. Robinson met with over 60 workers and employers, some of whom have been involved in the seasonal work programme for over 40 years.

She also visited hotel workers at Sea Island Resort in Georgia, which employs over 170 Jamaicans under the hospitality programme.

Seventy of the workers were presented with certificates, recognising their participation for four consecutive years.

Meanwhile, Mrs. Robinson announced that activities are being planned by the Government to commemorate the Programme’s 75th anniversary.

She made the announcement during a reception to launch the anniversary at the Embassy of Jamaica in Washington, D.C.

Robinson, who said the Programme evolved from the need to address a labour shortage in the United States in 1943, indicated that after 75 years, it has proven to be one of the longest relationships established between Jamaica and the US.

She pointed out that Jamaicans from all walks of life have benefited directly or indirectly under the engagement, adding that it has survived decades of local, regional and global changes, and continues to play a significant role in improving the lives of many persons.

“Indeed, it is a fine example of cooperation, friendship, sincerity and commitment… a relationship worthy of emulation,” Mrs. Robinson added.

They were accompanied by Jamaica’s Ambassador to the United States, Her Excellency Audrey Marks.