The government is discussing the setting up of a multi-agency committee to pursue the establishment of humanitarian government-controlled centres for Venezuelan migrants settling here, particularly in the Barima-Waini Region (Region One).

Minister of State, Joseph Harmon, who made the disclosure today during his post-Cabinet press conference, said this was decided following a report from the Minister of Citizenship highlighting the challenges the influx of Venezuelan migrants poses.

The multi-agency committee, the minister said, will also be tasked with requesting international assistance to adequately address the issue.

“We have tried to ensure that enough food and medical supplies and so on for these residents when they come.”

He noted that coordination between the Guyana Police Force (GPF) and the Ministry of Public Health will see the continued immunization of the migrants.

Government is not only looking at facilities but also the associated cultural issues, with support from the International Organisation for Migration (IOM) as well as the United Nations Development Programme (UNDP).

The Cabinet also discussed the distribution of posters in the requisite languages to assist with communication with the migrants.

The Department of Citizenship and the Guyana Police Force continue to monitor the arrival of the migrants closely. 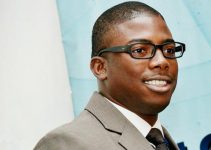