Guyana president David Granger is assuring that the country is becoming “better prepared” to tackle the novel coronavirus (COVID-19) here.

The Head of State noted that while the country has embarked on a path of public health, there remain challenges ahead before the disease is defeated.

Latest reports indicate that 45 Guyanese have tested positive for COVID-19, of which six have died. From that amount, eight have also recovered. Reports are that 31 persons are in isolation, while 13 have been quarantined.

President Granger said he is pleased with the recoveries and expressed the hope that other cases will also recover soon.

In the meantime, he noted that the government is becoming better equipped to provide proper Personal Protective Equipment (PPE)for the medical staff carrying out testing and treatment along with materials and equipment such as beds, respirators and ventilators for those who become critically afflicted.

He said the capacity for infrastructural and institutional accommodation is also being expanded.

“The effort to fight this disease requires unprecedented expenditure and outlay of resources to enable identification and testing, isolation, protection and treatment, ” the president said in a statement this evening.

Persons who become ill should have access to the best care in the shortest possible time, to ensure their recovery and rehabilitation he noted.

Granger also underscored the selfless services of all public health practitioners who are on the front line protecting those stricken by the disease.

“They have been working tirelessly through this very difficult situation to provide quality healthcare to those who have been infected and afflicted. Everyone in the public health system has played a vital part in the fight against this disease.”

According to President Granger, while the public has been instructed to ‘stay at home’, health professionals are required to leave their homes and families, daily, to combat the disease.

“Every day, they report for duty to work in conditions that could be dangerous to their own health and safety. Let us all think about these public servants and employees in private institutions who are putting their lives on the line.”

He continued, “I call on all Guyanese to continue to support our frontline workers. They are the sinews of our health services. We must protect and respect them. We are eternally grateful for their exertions during these trying times. Their dedication is valued.” 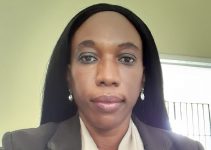