The Ministry of Labour is looking into amending laws to impose steeper fines and custodial sentences, particularly for major organisations which violate labour laws.

“We have to amend the law to allow for steeper fines and secondly if we have to strengthen the arm that deals with custodial sentences, I will do it,” Minister Hamilton said.

Discussions have been ongoing with Chief Labour Officer (CLO), Mr. Charles Ogle to see the Labour Department file contempt proceedings against persons who are penalised by the court.  A custodial sentence, the Minister said, may be a wake-up call for some employers who feel they are not obligated to respect the rights of workers.

“If I have to use the law for some prominent person to get custodial sentence, I will do it. I will not shy away from it because I believe that for a person who has a lot of money, a [one] hundred thousand fine means nothing to them,” the Minister asserted.

Moreover, as plans unfold to decentralise service from the city, the Ministry has now set out a mandate to ensure that Labour Officers are placed within the regions where they live.

To advance this directive, the regional leaders will help identify individuals for training as Labour Officers, Occupational Safety and Health (OSH) Officers and Board of Industrial Training (BIT) officers.

Meanwhile, Regional Chairman, Mr. Sheik Ayube said it is important for workers to be aware of their rights to safeguard themselves.

Recently, Minister Hamilton said he intends to ensure every region outside of Region Four has at least two Labour Officers, two OSH Officers, a BIT Officer and a Co-op Officer, as this is crucial to providing service to the populace. 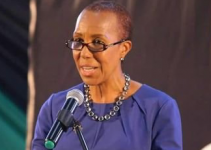