Haitians travelling to Barbados will again have to do so with a visa as one year after scrapping visa requirements, the Barbados government has reversed its decision.

David Comissiong , Barbados’ Ambassador to the Caribbean Community (CARICOM)  said on Friday that the government was forced to do so because of the “large influx” of people of Haitian nationality coming from Panama and Chile who were not entitled to work in Barbados.

He said the situation was getting out of control forcing the government to take action. Following extensive consultations with several stakeholders, including the Ministry of Foreign Affairs, the Immigration Department, the Ministries of Tourism, and Home Affairs, the airlines and the Grantley Adams International Airport, the decision was made.

Comissiong also stated that the situation was compounded because “no one in Haiti had really explained to them the principles of this free movement programme, and the vast majority of them were coming with this mistaken idea that they could simply come to Barbados to work and live, with many of them becoming stranded in Barbados”.

He said the government is not happy about moving away from the full visa free regime, but they felt they had no other choice. The decision was communicated to the Haitian Government and they understood that the country’s heart is with them, but a change had to be made. 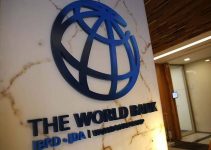