NY: Reggae’s timeless idol Beres Hammond has enjoyed tremendous success in the music industry since he waltz onstage in 1978 at the ‘One Love Peace Concert’ at the National Stadium in Kingston and crooned ‘One Step Ahead.’

What is the secret for Hammond’s enduring success? In a backstage interview in New York recently with Sir David Rodigan of BBC 1Xtra the ‘Rockaway’ singer attempted to answer the question.

“I wish I knew…and I don’t want to know as long as it (the hits) keeps coming” he said.

Hammond shared with Rodigan, a little know secret about his songwriting technique.

“To be honest with you…I never actually put pen to paper. It (hit songs) just flow. What’s inside of you comes right out” he confessed.

Last Saturday the singer kicked off his ‘Never Ending’ USA tour with a scintillating performance in Danbury, Connecticut. On Sunday, August 4th he performs in Brooklyn, New York at the Ford Amphitheater at Coney Island Boardwalk then a week later on Saturday, August 10, he performs at the New Jersey Performing Arts Center (NJPAC) in Newark, NJ. Presented by Jammins Entertainment, the concert series dubbed ‘Singers in Action,’ will also feature singer Maxi Priest and rising superstar Romain Virgo. 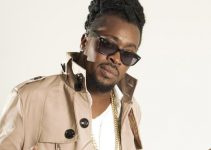 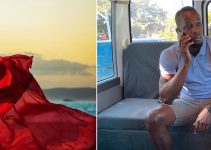