VP Records artist, Jah9, will perform this Thursday, June 27  at BRIC’s 2019 Celebrate Brooklyn, premier reggae concert. The evening will include a Yoga on Dub session before her music set.

The songstress will continue her tour at Rototom on August 22nd and August 26th at The House Of Commons in London to name a few. Jah9 will bring her clever mix of Yoga on Dub + Live Performance to some of the dates.

Jah9 released the video for the first single off her upcoming album, titled “Heaven” on International Women’s Day in March. This single follows the “Feelings” EP released earlier this year and the critically acclaimed “9” Album project in 2016. Watch music video here:

Jah9 is a versatile and talented female Jamaican musician, motivational speaker, poet, activist, certified Yoga instructor and advocate for overall wellness. Her music and affirmations are laced with powerful messages that enlighten listeners on mindfulness and healthy living.

On “Heaven”, Jah9 states “Heaven is your highest joy.” “To the yogi, the highest joy is transcending the flesh and being one with God. Really and truly I believe everyone wants that, but everyone doesn’t call it that.” 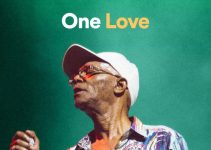