With his eighth album ‘Reunion’ Jahcoustix (a.k.a Dominik Haas) reunites with reggae music companions from his early days. His first two albums ‘Souljahstice’ and ‘Grounded’ were also recorded with Oneness Records producer and current Dub Inc. bassist Moritz v. Korff and Oneness’ sound wizard Umberto Echo, with whom Jahcoustix spent innumerable hours in the tour bus during the dawn of the new millennium.

After years of infrequent contact and selection collaborations, in 2018 the team decided it was time to start working on a bigger project, the result of which is truly impressive. Ten brand new songs on mostly unpublished Oneness riddims, as well as tracks produced exclusively for the album, captivate the listener at all levels. In terms of lyrics and songwriting, Jahcoustix definitely reached a new peak.

The elaborate and well-arranged Oneness tracks give the songs the depth and power they deserve. Jahcoustix allows the Oneness Records team to embrace all facets of modern reggae, resulting in a refreshing and exciting long player that gives even hard-core fans surprising new sounds.

Moreover, the album certainly does not lack illustrious feature guests. Jahcoustix chose a number of established and new artists to add even more variety to the record. On the lead single ‘Stronger’ featuring Luciano, both artists attain new heights with Luciano delivering one of his strongest songs within the last few years.

Meta Dia endows the title track ‘Reunion’ with an unexpected DJ-style twist and ‘Thin Red Line’ is blessed with the presence of Indonesian brothers in spirit, Toké and Ras Muhamad. The promising newcomers from Memoria appear strong on ‘Who Told You’, and on solo tunes like ‘Distant Relatives’ and ‘Unconditional’, Jahcoustix reveals versatility that completely captivates the listener.

Despite its short creation process, with ‘Reunion’, Jahcoustix achieved by far the most mature and well thought out album of his musical career. 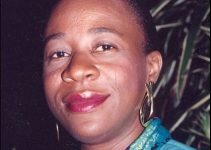