Minister of Tourism Edmund Bartlett made the disclosure during his contribution to the 2020/21 Sectoral Debate in the House of Representatives on June 24.

He informed that stopover arrivals last year increased by 8.4 per cent, compared to 2018, with each visitor spending an average of 8.6 nights, and overall foreign exchange earnings increased by 10.3 per cent, up from US$3.3 billion in 2018.

Bartlett said the room stock in 2019 was approximately 33,000, which represented more than 1,200 new rooms opened last year encompassing the north coast and Kingston.

He pointed out that the Government has been steadily repositioning tourism to ensure that there is greater local retention of revenues.

“When we took office in 2016, Jamaica was retaining 30 cents of every dollar earned in the industry. We are now retaining 40.8 cents, a 36 per cent increase, which is among the highest in the region,” Bartlett said.

“As I also believe that earnings are the most important metric of ensuring that tourism promotes national economic interests, I take great pleasure in the fact that the country has been able to increase earnings by US$1 billion in just over three years,” he added.

The Tourism Minister told the House that the industry also outpaced, by 2,000 jobs, the projection for the sector to generate 127,000 jobs by 2021.

“At the end of 2019, tourism was projected to create 41,000 new jobs by 2022. We recognise now that the impact of COVID-19 will result in a revision of this estimate, but the broader point being made is that tourism remains one of the most critical catalysts for job creation in the Jamaican economy,” he contended.

Bartlett said the Statistical Institute of Jamaica (STATIN) has now classified the direct employment in the tourism sector at 170,000 workers, to include employees in the accommodations subsector, travel agencies, ground transportation providers, workers in the attractions subsector, craft vendors, etc. 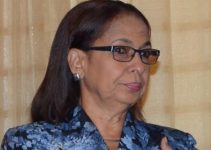 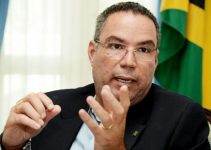