Jamaica is now current with its testing for the coronavirus (COVID-19).

Minister of Health and Wellness, Dr. Christopher Tufton, made the disclosure during a virtual press conference at the Office of the Prime Minister on Monday (May 4).

The Government had previously announced a backlog due to a surge in testing related to the Alorica call centre in Portmore, St. Catherine.

“Last week, I indicated that we had some 600 samples; we have been able to cover that backlog,” Dr. Tufton said.

“So far, 5,830 samples have been collected and tested [and] 473 have returned positive results. This again, is worth noting or emphasising because over the past two weeks or so, we have seen a significant increase in the number of testing that we have done.

“I know it has been a concern among some persons within the population. I’d like to just emphasise that the team, both at the National Influenza Centre and the University Hospital of the West Indies (UHWI) and the National Public Health Laboratory, have been working and utilising the additional technology to do a lot more testing,” he informed.

Jamaica now has a total of 473 confirmed cases of COVID-19, with 221 cases related to the workplace cluster in St. Catherine, which constitutes the majority of cases to date.

Jamaica has 35 imported cases; 168 that are contacts of a confirmed case; nine that are local transmission cases not linked epidemiologically; and 38 cases remain under investigation.

Sixty-two per cent of the confirmed cases are females and 38 per cent are males. 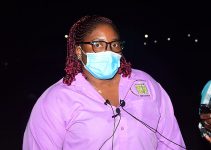