Jamaica Prime Minister Andrew Holness, says the Order requiring senior citizens to stay at home is aimed at protecting the older population, who are most vulnerable to the coronavirus (COVID-19), suffering the worst impacts of the disease.

The Prime Minister, on Monday (March 23), said that senior citizens 75 and over are to stay at home for 14 days, and those 65 and over, who are employed, are to work from home.

Speaking at a digital town hall on Wednesday (March 25), Holness said that some senior citizens are not happy about the restriction in their movement as they feel that they are still strong and hearty.

“I do understand that there are many senior citizens who feel that this Order, which we passed in Parliament yesterday (March 24), would be an imposition on them, but the Government had no choice really,” he noted.

He said statistics show that seniors aged 65 and over are at a higher risk of developing complications from the virus, resulting in death in some cases. Hence the Prime Minister noted that it was necessary for the Government to implement a policy that would protect the elderly.

“So, we ask that they stay at home. This is not isolation. We’re not trying to lock you off. What we are trying to do is to protect you,” Holness assured the senior citizens.

He noted further that the measures taken to safeguard their health will also lessen the burden on the health sector at this time.

The Prime Minister pointed out that for every person that is admitted into the hospital for critical and intensive care for COVID-19, there is someone who will probably be excluded from accessing such care.

He said that while most of the country’s medical resources are focused on the fight against COVID-19, there are still persons who suffer from illnesses such as diabetes, hypertension, heart and respiratory conditions and need medical care and resources.

“So, if someone is careless, is being a weak fence… it really puts the entire population at risk,” Holness said. 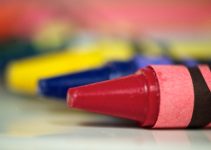 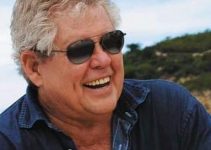