Prime Minister of Jamaica Andrew Holness, says the Government will be investing in the “heart-ware” of Jamaicans as part of the fight against crime and violence in the society.

He noted that approximately $40 billion has been spent to strengthen the country’s security architecture over the last four years, including the acquisition of vehicles, boosting communication systems, and recruiting and training members of the security forces, and the next phase of the plan to secure Jamaica will involve developing the heart-ware.

Mr. Holness, who was addressing the annual ‘Heal the Family, Heal the Nation’ National Day of Prayer at the Power of Faith Ministries in Portmore, St. Catherine, on January 6, called on the support of the church as part of the process.

“Yes, we can make policies but we need partners, and that is why I have decided to use this platform [because] the best partner in all of this is Jesus Christ and His institutions on earth, the church.

“We have a massive army of heart surgeons, right here in the church. You have the medicine, which is the bible and the gospel. I need you to reach beyond the walls of your Church and the numbers of your congregation to those men, especially those young boys, who believe that the only solution to conflict is violence,” Mr. Holness urged.

The Prime Minister called on Jamaicans as they pray for the healing of the nation “to pray for peace in the hearts of men”.

He said that up to yesterday, the country had recorded 13 murders since the start of the year, which is three more than the corresponding period last year.

“We have to see violence as a disease that is infecting our people’s hearts and we have to treat with it,” he pointed out.

The annual National Day of Prayer was hosted by the Power of Faith Ministries International Inc. and the Jamaica Umbrella Group of Churches under the theme ‘We shall be victorious’. 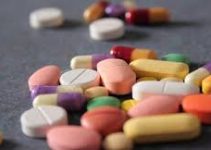