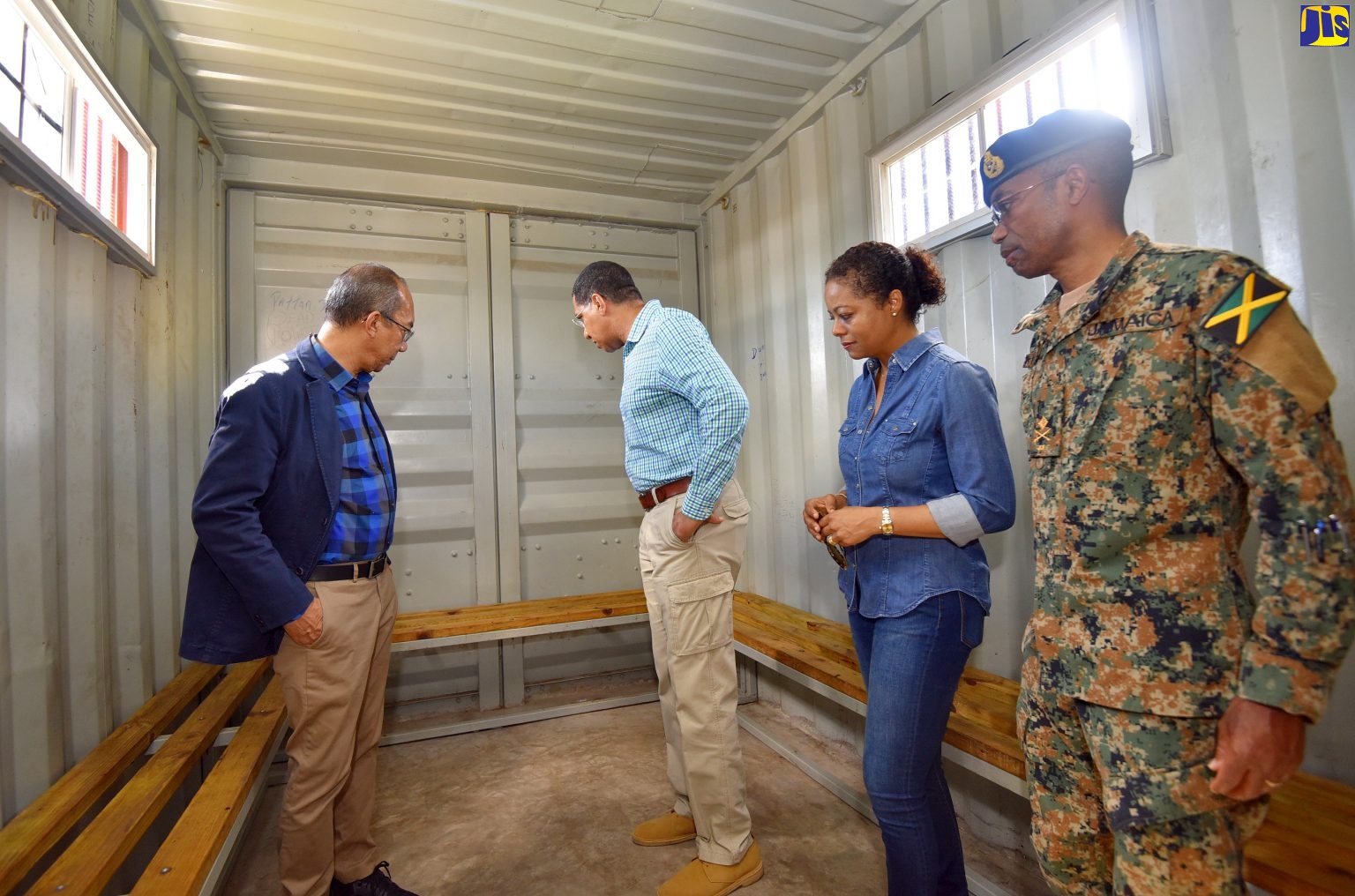 Jamaica Prime Minister Andrew Holness has reiterated the Government’s commitment to protecting and safeguarding the human rights of all Jamaicans, while reducing the country’s crime rate.

He was addressing persons who were taken to the Denham Town forward operating base (FOB) in Western Kingston by members of the security forces to be processed, under the State of Public Emergency.

Holness’ visit to the facility formed part of a tour of lockups and detention centres in Kingston, St. Catherine and St. James on December 8, to get a firsthand look at the operations.

“Our system allows for your detention, but those detentions have to be done within a certain set of rules to make sure that your right as a citizen is not being breached,” he told them.

Holness said the Government remains resolute in protecting the rights of persons who have been taken into custody.

He said the Government is committed to providing a coordinated and multisectoral approach for preventing and responding to crime, adding that measures are being implemented to strengthen the trust between the citizens and the security forces.

“We have a crime problem, a major problem. Over 1,500 people died in Jamaica (last year) and that is cause for an emergency. It could have been any one of you and indeed I am sure that all of you know someone who has perished in this crime situation. Many of you probably feel that you have to protect yourself because the police can’t protect you, but if I allow that to take root in the society, then we will have chaos and anarchy,” he said.

He said the Government is working to ensure that over time, enhanced security measures such as the zones of special operations and states of public emergency will not be needed.

“We are working very hard to make sure that in ten years’ time, we don’t need this again…we don’t have to have people being detained because there is no need for it. We don’t have the luxury that some people believe we have; we are in an emergency situation, we are treating it as such, but that doesn’t mean that we treat you in such a way as to diminish your rights and human dignity. I guarantee you that there will be a fair process,” the Prime Minister told them.

Denham Town was declared a Zone of Special Operations (ZOSO) under the Law Reform (Zones of Special Operations) (Special Security and Community Development Measures) Act last year, while a State of Public Emergency was announced for the St. Catherine North Police Division this year.

States of Public Emergency also currently exist for the parish of St. James and certain sections of Kingston, while a ZOSO is in place for the Mount Salem area of St. James.